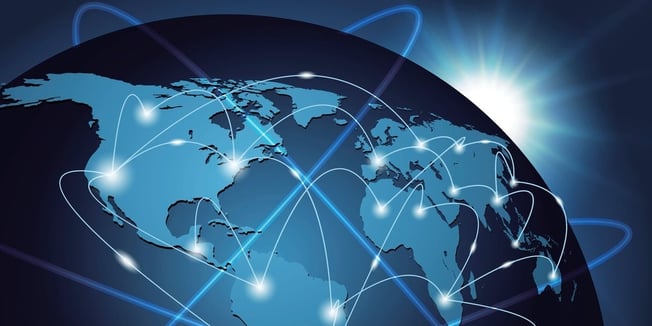 If you are the CEO or CFO of a foreign company considering expansion into the United States, it is critically important that you understand the totality of the tax obligations you face - both at Federal and State levels.

Most foreign entities focus their tax strategy around the Federal income tax laws of the Internal Revenue Code (IRC) and may assume the same rules and treaty provisions apply down to the state and local level.

Unfortunately, they do not.

Do You Have a Fixed Place of Business within the United States?

It’s important to understand that the United States is made of up multiple levels of government (state, county, and city) in which these jurisdictions impose tax on entities independently of the Federal government. For federal income tax purposes, a foreign company is generally required to file based on effectively connected income in the United States. For those foreign countries that contain a U.S. income tax treaty, federal income taxation is primarily based upon the Permanent Establishment (PE) test. A PE is generally defined as a “fixed place of business through which the business of an enterprise is wholly or partly carried on.”

As such, the federal standard for determining taxation of a foreign company is focused on whether the foreign company has a fixed place of business with the United States.

State Nexus - the Tax Obligations You Have to States

State income tax filing requirements are measured differently from federal. To make it more complicated, state rules and requirements differ among other states and localities.

Nexus for state tax purposes is the term to describe whether a business is deemed to have a sufficient connection with a state. Nexus is generally first analyzed to determine if a company (foreign or domestic) has engaged in sufficient business activity in a particular state. If a company is determined to have nexus, the state has the opportunity to tax the business on an array of taxes, such as, sales and use, payroll/unemployment, income, franchise, and/or gross-receipts tax.

State nexus is usually triggered with the existence of a physical presence in the state (defined differently state to state). In general, having an office, inventory, rent, property, employee, independent representative, third party agent, or an affiliate could constitute state nexus for a company. In some states, nexus can also be met by an economic nexus standard, which requires no physical presence. If a taxpayer exceeds the state’s threshold of sales, property, or payroll apportioned to that state, the company is economic nexus and could be liable for the previously mentioned types of taxes.

Companies who have nexus could benefit from a federal law enacted in 1959 referred to as Public Law 86-272. This law was enacted to protect businesses from the state’s ability to tax companies on income based solely on its in-state sales activity. The protection under PL 86-272 is narrowly defined and only applicable to companies who solicit sales of tangible personal property with a sales representative working from a home office which the sales are accepted and approved outside the state. A company that meets this definition generally immune from a state’s income tax.

However, the law is generally interpreted to apply only to interstate commerce, not foreign. This leaves the discretion up to the states on whether to extend PL 86-272 to foreign commerce. Some states do allow this immunity for foreign commerce, others do not.

The following types of tax are of particular importance as you do your tax planning:

The starting point for state income tax returns is generally federal taxable income. With the use of a U.S. tax treaty for federal, a foreign company’s starting point may be zero. A few states such as Florida, Georgia, and North Carolina begin with federal taxable income but do not have provisions for the addition to income relating to federal income excluded for treaty protection. Absent of such state modification, the treaty-protected income for federal remains shielded for these states.

Other states like California, New York and Pennsylvania have laws that require the taxpayer to include a foreign taxpayer’s effectively connected income, regardless of whether the income is protected under a U.S. tax treaty. Moreover, several other states require the taxpayer to calculate a federal pro forma income tax return based upon the IRC with no tax treaty in place.

A few states such as California, Idaho, and Montana require a company to file their income tax return on a worldwide basis. This would include the inclusion of every domestic and foreign company in a commonly owned unitary group in one combined return, regardless of whether company has nexus in the state or any U.S. sourced income. To avoid a worldwide basis of reporting, the taxpayer must properly and timely file a water’s-edge election.

States like Ohio, Washington, and Texas implement a tax based on gross receipts in the state, not income tax. A foreign company who determines to have nexus in these states would be required to file returns.  The federal law PL 86-272 would not apply to these states as the law only refers to the exemption of income tax.

Franchise or net-worth tax are generally calculated based on the company’s balance sheet. This type of tax is fairly common among most of the states in the U.S. and reported in conjunction with the state income tax return or as a separate return filing. Similar to gross-receipts tax, PL 86-272 does not apply to a franchise based tax.

Sales and use tax is a transaction tax imposed on the end-user of the purchase of property or service. All states but five impose a sales tax and over 9,000 jurisdictions of counties and cities also impose a sales tax.

Unlike income tax, sales tax is enforced on an entity by entity basis regardless of ownership structure. If a company is deemed to have sales and use tax nexus in a state, the company is required to register for a sales tax license, collect and remit sales tax, and file sales tax returns. Again, PL 86-272 will also not apply to sales tax as it’s strictly a law for protection of state income tax.

The International Tax Experts at Freed Maxick are Available to Help

The vast differences between federal and state standards of doing business can create situations where an activity of a foreign company may not constitute a level of a PE for federal tax, but may establish nexus for state tax purposes. It’s vital for foreign companies to be aware of the state tax consequences and to have the state-based expertise professionals to analyze each state on a case by case basis to determine what exposure may exist with respect to filing requirements and state income tax liability, even when no federal income tax liability may exist.

If you are concerned about your tax obligations, or wish to discuss ways to minimize this obligations, call us at 716.847.2651, or click on the button to schedule a complementary Tax Situation Analysis with our international tax planning team.

When it comes to helping foreign entities do business in the US, we bring years of experience and expertise the table.