2017 Tax Reform and Its Impact on Individuals and Businesses 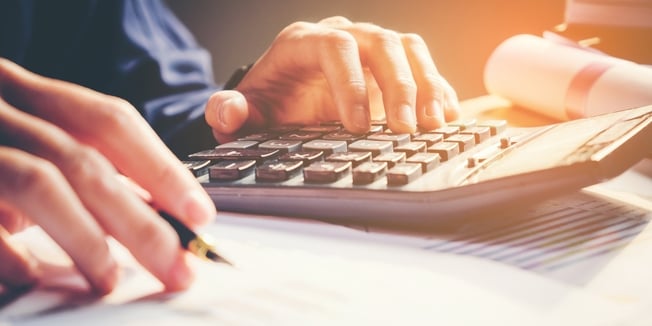 Nowadays, it seems wherever you go you hear the words “Tax Reform” and it’s only going to be brought up more and more. The U.S House of Representatives (“House”) passed their “Tax Cut and Jobs Act” on November 16th, which could possibly be a mass overhaul of our current tax system. Here are some of the highlights of the proposed bill.

The Alternative Minimum Tax (AMT) tax system, which was originally designed to limit taxpayers from receiving too much benefit under the regular tax system, will be eliminated. This includes both individual and business entity-related AMT.

Currently, the estate tax has a $5.49 million exemption amount per individual in 2017. The House tax bill would double that exemption, and then after 2023, would completely eliminate the tax.

A very popular itemized deduction could be going away. The State and Local Tax “SALT” deduction will be removed on the current bill.

Under the current tax system, Taxpayers have a variety of choices for tuition and fees. The student loan interest deduction, which is a deduction “for” AGI (above the line) (capped at $2,500), will be eliminated. Also, Taxpayers currently have a selection between the tuition and fees deduction “for” AGI (capped at $4,000), the Lifetime Learning Credit (used mostly by graduate students) and the American Opportunity Credit. The new bill will eliminate those deductions and credits besides the American Opportunity Credit (AOTC). Currently, the AOTC is a credit for qualified education expenses for higher education.

The medical expense itemized deduction for individuals over their 10% of AGI will be eliminated.

The casualty loss itemized deduction will be removed, leaving a special provision for natural disaster victims.

The unreimbursed employee business expenses, a miscellaneous itemized deduction will be removed.

The property tax deduction will be limited to $10,000. This will have a big effect on individuals who have a second home that currently deduct both on their Schedule A.

The key take-away for itemized deductions is, the House wants to eliminate all of them besides the mortgage interest, charitable and property tax deductions. The ones discussed above are some of the more notable itemize deductions that could be removed.

Give me the Standard

The Standard deduction will double for Single filers to $12,200, and $24,400 for those who file as married filing jointly. Regarding Head of Household filers, their standard deduction will increase to $18,300 from the amount of $9,550. It is important to note that this will remove dependent and personal exemptions. For example, previously, single filers would have received a $4,050 exemption on your tax return, assuming your income did not phase it out.

Deductions “Above the Line”

The moving expense deduction, “for” AGI will be removed leaving a special circumstance for the military.

The teacher supply expense, which currently allows teachers to deduct $250 of unreimbursed supplies for their classroom will be eliminated.

Can we still have our Credits?

The child tax credit which has a maximum credit of $1,000 will be increased to $1,600. The bill leaves a portion of the credit to have the possibility of being refundable.

The House is contemplating a family incentive credit that would provide a credit of $300 for non-child dependents.

The Adoption Tax Credit will stay.

The House kept the Affordable Care Act. Thus, requiring U.S citizens to have health insurance or pay a penalty on their returns barring some exceptions.

Section 121 would be updated to only allow the exclusion of gain on the sale of a principal residence, once every five years.

The corporate tax rate will drop from a staggering 35% to a 20% maximum tax rate.

Passthrough’s (Partnership’s and S-Corp’s) could have a tax rate of 25% except for certain service providers.

Businesses would be able to expense certain qualified property placed in service after September 27, 2017, and before January 1, 2023. Also, code Section 179 would be increased to $5 million from the traditional $500,000.

There could be a possible interest expense limitation. Currently, 100% can be deductible, with some exceptions, but this limitation could restrict the deduction to only allow a deduction up to 30% of earnings before interest, taxes, depreciation and amortization (EBITDA). Businesses with average gross receipts of $25 million or less would be exempt from the above interest limitation rules.

Net Operating Losses would be restricted to only allow 90% of taxable income to be offset. Also, there is talk about how the two-year carryback and twenty-year carryforward could be eliminated and to just allow carryforwards to not expire.

Other credits/deductions that could be eliminated are the Section 199 (Domestic Production Activities Deduction) for domestic production and the Work Opportunity Tax Credit.

International tax could receive the biggest overhaul. The House has proposed a territorial tax system from the traditional worldwide. Currently, individuals and business entities are taxed on their worldwide income and are granted a foreign tax credit to offset their taxes paid in other countries. The territorial system could eliminate that and only tax inside the U.S borders.

Additionally, historic foreign earnings deferred from income taxation may be deemed repatriated at reduced rates, with the underlying tax spread over a period of years.

All of the information is of proposed changes, and nothing has officially become law yet. As is, this tax legislation could impact every business and individual in some way. We will have to wait and see which ideas are passed and which ones are thrown away. Currently the Senate is working on their version of the bill, and hopefully our tax services team we will be able to provide some more insight next month.