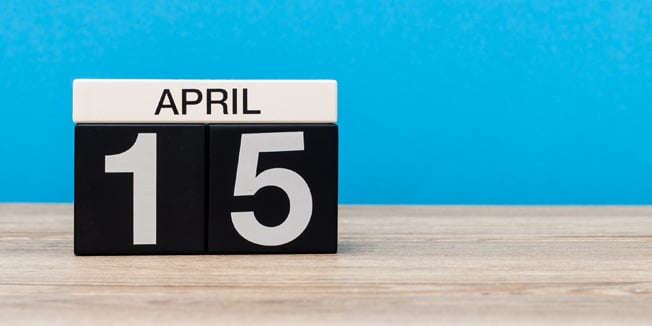 Penalties and interest will begin to accrue on any remaining unpaid balances as of July 16, 2020. You will automatically avoid interest and penalties on the taxes paid by July 15.

State returns and payments are not covered by this relief. Taxpayers should coordinate with their tax advisors to address any state and local tax payment and filing requirements. 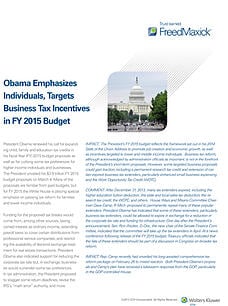 As we approach the tax day deadline, we’ve compiled a summary of proposed changes to tax
law that will affect you next tax season.

President Obama renewed his call for expanding child, family and education tax credits in his fiscal Year (FY) 2015 budget proposals as well as for curbing some tax preferences for higher income individuals and businesses. Many of the proposals are familiar from past budgets, but for FY 2015 the White House is placing special emphasis on passing tax reform for families and lower income individuals.

To learn more, check out this SPECIAL REPORT.

Please visit the following link for the current IRS current information on the withholding tables and calculations. http://www.irs.gov/uac/Newsroom/IRS-Provides-Updated-Withholding-Guidance-for-2013

When it comes to taxes, Freed Maxick CPAs is different than most accounting firms in Western New York. To us, tax time is all the time. We’re sticklers about deadlines and compliance, but our larger goal is tax management. So we keep a year-round eye on federal, state and local tax laws, including those pending. We alert you to any changes that may affect you and help you respond in a timely way. Contact us today to learn more about how we can assist you.

Happy New Year Everyone. As promised on December 31, 2012, we are following up on the latest information from the Internal Revenue Service related to the release of new income tax withholding tables and implementation guidelines.

PLEASE NOTE that these reflect the expiration of the previous laws and does not yet incorporate the enactment of Congress’ recent bill. The guidelines note that taxpayers have until February 15, 2013 to implement the new withholding tables. We will continue to monitor Washington’s actions and pass along information as soon as we can.

GET THE FULL REPORT RIGHT HERE

In the early hours of January 1, 2013, the Senate passed the American Taxpayer Relief Act of 2012, which, along with many other provisions, permanently extends the so-called Bush-era tax cuts for individuals making under $400,000 and families making under $450,000. The House followed with passage late in the day on January 1, 2013.

How did we get here? On May 26, 2001, Congress passed the Economic Growth and Tax Relief Reconciliation Act of 2001 (EGTRRA). The legislation was hailed as the largest tax cut in 20 years and dramatically changed the landscape of the federal tax code. Two years later, the Jobs and Growth Tax Relief Reconciliation Act of 2003 (JGTRRA) was signed into law and accelerated many of the tax cuts set in motion under EGTRRA. Originally scheduled to sunset, or expire, after December 31, 2010, Congress extended these popular provisions for another two years in late 2010 with the passage of the Tax Relief, Unemployment Insurance Reauthorization, and Job Creation Act of 2010.

In 2010, Congress acted before the end of the year to extend the cuts. At the end of 2012, Congress and President Obama engaged in intense negotiations over the “fiscal cliff,” a term that came to combine many federal laws that had a deadline of December 31, 2012, including the Bush-era tax cuts. Congress then passed the American Taxpayer Relief Act of 2012 on New Year’s Day, 2013, effectively averting the fiscal cliff.

What Does This Mean for Your Customers and Their Clients?  The new law extends a majority of the Bush-era tax cuts in the same form as they have existed since 2001 or 2003 when initially enacted.  However, major exceptions include a rise in rates, including on capital gains and dividends, on higher-income individuals, as described above, and a slight increase in the estate tax rate.  In addition to a general extension of the tax rates, many other provisions, including some not affected by the sunset of the Bush-era tax cuts, are significantly or permanently extended, including:

Deductions for student loan interest and tuition and fees;

Energy-efficiency credits for homes and vehicles; and

This legislation also includes extensions of provisions that expired at the end of 2011, but now apply to the 2012 tax year.  That means it has immediate effect on the 2013 filing season. The landscape of federal tax law has changed once again, and CCH is the only provider giving your customers all of the information they will need to best serve their clients in the coming months.

Tax Briefing. CCH's Tax Briefing covers the entirety of the American Taxpayer Relief Act of 2012, including a description of how we got where we are today, in-depth analysis of the provisions, helpful insights on the operation of the new law, and thoughts about where we may go from here. Get the full report HERE.