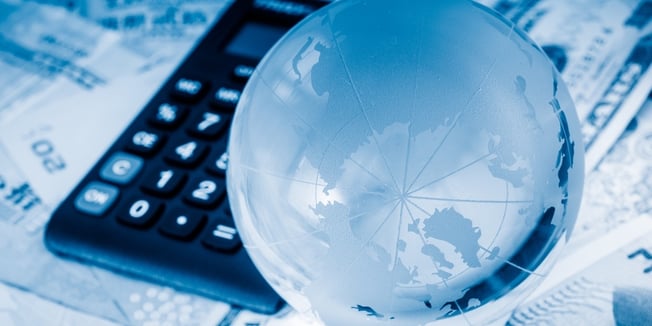 The Tax Cuts and Jobs Act signed into law by President Trump has been at the forefront of the national news since its passage in December. There are sweeping changes to the individual, business, and international taxpayers.

The Act will have an immediate and significant impact on taxpayers involved in business out of the country. For taxpayers with an ownership position in a Specified Foreign Corporations (“SFC”), the new Act requires them to pay an 8% to 15.5% “toll tax” (for individuals it could be up to 17.5%) on all deferred foreign income of these entities as of November 2 or December 31, 2017, whether a distribution has been made or not. Different tax rates are applied based on the SFC liquidity.

So how does this all work?

This means that any US Shareholder whether a domestic corporation, partnership, individual, trust, or estate, that meets these requirements as a shareholder will be subject to this toll tax if they have deferred foreign income.

US Shareholders with interests in S Corporations that have an interest in an SFC can defer the mandatory repatriation tax as long as they make the election at the shareholder level. This election can be revoked if certain events occur.

The Basis for the New International Toll Tax: From a Worldwide to a Territorial Perspective

The Toll Tax was created by an overall change in the way international tax requirements are imposed, from a worldwide system to a modified territorial based system.

Prior to the new Act, a US person was required to pay tax on all of its income, regardless of whether it was earned in the US or in a foreign jurisdiction. However, US income tax was paid on the earnings of a foreign corporation when they were repatriated back to the US in the form of a dividend or capital gain.

This created a deferral on US income taxes for earnings of a foreign corporation between when it was earned and when it was distributed. Under this worldwide system, the US person was generally allowed a foreign tax credit to alleviate some or all of this burden.

Under the Act’s new territorial system, a US person will only pay tax on income that is earned within the United States. In most circumstance, dividends from foreign corporations will now be exempt from tax if received by a US corporation and in most other circumstances a foreign tax credit will still be available for other amounts earned in a foreign jurisdiction. In order to bridge the gap between the two international tax systems, this mandatory repatriation or “toll tax” has been put into place.

How to Calculate the Toll Tax

To calculate the “toll tax”, the US shareholders will increase their Subpart F income by the accumulated net earnings and profits of all their specified foreign entities since becoming an SFC as of December 31, 2017 or November 2, 2017, whichever is greater.

Accumulated deficits are included in this calculation to offset any accumulated earnings but not below zero. In order to arrive at the lower tax rates, 15.5% on your aggregate foreign cash position and 8% on the remainder, a deduction will be calculated at the highest corporate rate to reduce the Subpart F income included on the taxpayers’ tax return. The taxpayer is also allowed to utilize a portion of their Foreign Tax Credits to offset the mandatory repatriation tax but must also include a gross-up in its income for the amount of these taxes.

International Tax Planning: Consequences for Your 2017 Tax Return and Obligations

Since one of the accelerated provisions is failure to pay timely, the taxpayer must ensure that they have timely paid 8% of their “toll tax” by the original date of the tax return, not the extended date. If they do not have their tax fully paid in it could cause the taxpayer to have to pay the entirety of the “toll tax” immediately instead of over 8 years.

If you have any questions or concerns about how this mandatory repatriation tax may impact you please reach out to the International Tax Services Team at Freed Maxick for a complementary InternationalTax Situation Review.

If you have any questions or concerns, call the Freed Maxick international tax accountants at 716-847-2651 to discuss your tax situation or start the process of setting an appointment by clicking here and submitting your contact information.