Siemer Milling Company v. Commissioner: Siemer Down! It Wasn’t All Bad for the R&D Tax Credit 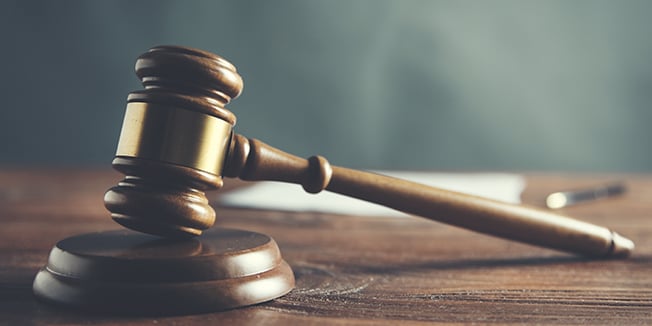 Here’s a summary of Freed Maxick’s R&D Tax Credit Team’s perspective on this case and its consequences for the credit:

As you can see from the chart below, ALL seven projects reviewed were denied as Siemer Milling Company was not able to prove they engaged in a process of experimentation (and in some instances other parts) of the 4-part test. 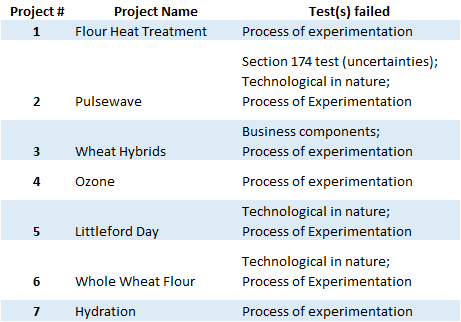 The big takeaway from this case is that it reinforces the fact that documentation is vital to the successful claim for R&D tax credit. IRS stated that “the record is devoid of evidence that petitioner formulated or tested hypotheses, or engaged in modeling, simulation, or systematic trial and error…” Unfortunately for the taxpayer, the Tax Court agreed and denied each project!

Based on the results of the case, three of the seven projects would appear to have qualified for credit (#’s 1, 4 and 7 in the chart above) if there was sufficient documentation to a process of experimentation.

Siemer down, it wasn’t all bad for other taxpayers!

The IRS took draconian positions in a few areas that the Tax Court summarily shut down!

Uncertainties and projects themselves spanning multiple tax periods is VERY common.  Not only could projects that start very late in a year continue into the subsequent year, some projects are very complicated and time consuming, which could result in the project spanning more than two tax periods.  We agree with the courts argument that this is unpersuasive and doesn’t have any standing in the legal statute or case law.

While education may be very important for a taxpayer’s employees to perform their function, there is no statute or legal requirement that a skilled tradesmen (or anyone else for that matter) without a formal education isn’t performing R&D for a taxpayer. You have to look at the ACTIVITY not the EDUCATION of the individuals engaging in R&D.

Key takeaway…it is the activity that matters, not when or how it is done!

Connect with Our R&D Tax Credit Experts for More Information

The Research and Development Tax Credit experts at Freed Maxick are standing by to help review your situation and provide guidance on both your eligibility for the credit, and the scope and processes necessary for its capture and claim.

To schedule a complimentary review, call me at 716-847-2651, reach me via email at joe.burwick@freedmaxick.com, or simply click on the button to complete and submit a meeting request.

For more insight, observations and guidance on the R&D tax credit, click here.